Readings Around the Web 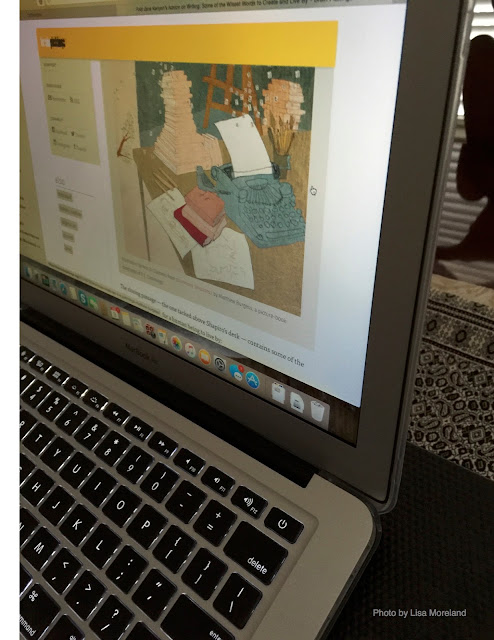 Many mornings I begin with a steaming cup of green tea along side the laptop, scrolling through various favored sites that expand my devotional reading as well as inform and inspire my faith practices. I'll share these few. Perhaps your heart will be encouraged.


Christian poet Jane Kenyon  wrote beautiful poetry and essays on faith. A while back I wrote about her expressions of faith in her last book, A Hundred White Daffodils. It has recently been highlighted in this BrainPicking link. Kenyon is quoted, along with other writers, on the characteristics of pursuing a focus and routines that contribute creative living, specifically, a writing life.


Jan Richardson wrote a fascinating book, A Sanctuary of Women, exploring the faith stories of selected Christian women including the earliest cloistered women of faith. She also writes an online Epiphany retreat for women each year. The retreat is a collection of short writings and engagingly beautiful art, designed to facilitate reflection and prayer.


Jeanne Oliver is a multimedia artist who founded a website that offers online art workshops lead by several female artists. Each year the women also offer a free online faith workshop that is scripture based, video clips of women telling their faith story. This year's theme is LISTENING. Their stories cover the full range of a woman's experiences. Regardless if you are an artist or not, there is encouragement here. After you get to the site, click on Week One of the video's listed down the margin.

The days are cold. The hot mug warms my hands. People sharing their faith through words or art, warms my heart and kindles awareness of holy presence. Whether I hold a hardcover book or travel across the internet for words that inspire, God's hand is in it all. 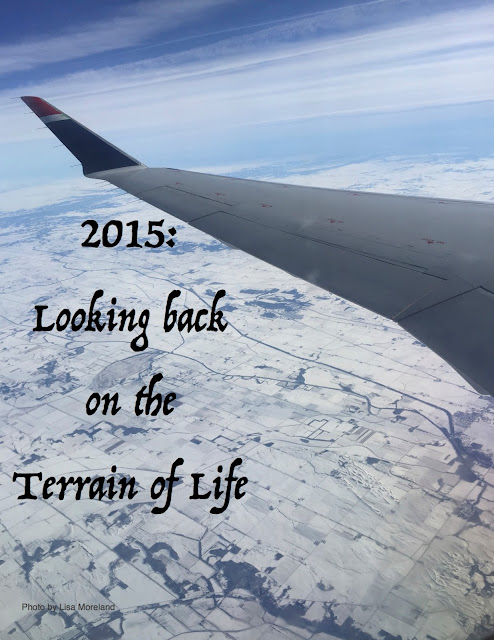 Gazing out the window of an aircraft can offer the most magnificent of perspectives. Looking back reveals the terrain that has already been traveled across in all its undulating, traversing intricacy. Valleys are apparent, river crossings are complete, distances from one point and to another are fairly clear.

Pondering the living of the past year can be approached from a similar perspective; spread it all out, look back for familiar markers, and consider the ground that has been traveled.

Nourishing Ties
As I do so, a large swath of such a blanket of last year’s doings represents family. Mine is large and geographically far flung, desert to tropics, woodlands to prairies, nearly coast to coast, requiring a determined “get out there” and see them intention. Those multiple travels rendered tender days of crisp memories, deeply nourishing ties that had gone adrift for too long. Though the effort to reconnect with so many still extends into the new year, its encouraging to anticipate the renewal of each relationship.

Soul Space and Lunar Reality
Across the months of any year there are the shadows of darkness. Events that stun, circumstances that pull the air out of every sail. A backward glance at the past twelve months can’t ignore the hues of heaviness that we must learn to bear. There is much to be said about the understandings that were seared by the hurt and the capacity of endurance that was tested. However along side that level of learning, I garnered additional insight about the elements of darkness that are more benign, the ancient history of God’s presence there, the long lost value of being familiar with the dark. Barbara Brown Taylor writes of such wisdom in Learning to Walk in the Dark. Knowing darkness well, both as a soul space and a lunar reality, tempers fear.

Global View, Scriptural Compass
Increasingly as world dramas have ticker-taped their way across every screen and voices intone in decibels just below shrill screams, I have strived to imagine a global perspective, since presumably this is God’s perspective — of His world, His people, His cosmos. From the thinnest atmosphere, with the benefit of recorded history, and through the lens of scripture…that widest scope influences priorities and opinions.

The terrain of 2015 was as diverse as each of its predecessors, both personally and historically.  As the phrase from A Tale of Two Cities declares, every era “is the worst of times and the best of times”. In any calendar year, it matters greatly what maps and lenses you use to guide your way.
*   *   *

Linking with Emily Freeman's What I Learned Community, Coffee for Your Heart, Weekend Whispers, & Tell His Story.
Posted by Lisa 2 comments: