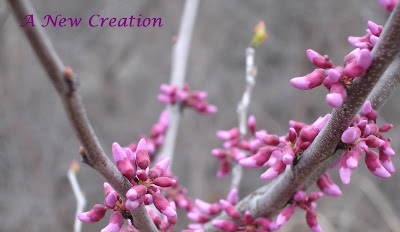 For, lo, I am creating new heavens,
and a new earth,
And the former things are not remembered,
Nor do they ascend on the heart.
Isaiah 65:17
Linking with those sharing at SUNDAY.
Posted by Lisa 1 comment:

Love is Faith in Promises

I moved off to the side, out of range of the computer mounted camera. Really, just to let the young babes focus on their daddy [projected on the screen] and on their mama hovering about, prompting their participation in this precious online interchange.
For the twin babes it was lunch time; PB&J diced up nicely on the trays before them. For dad, well it was late in the night for him; half way 'round the other side of the world. But he snacks too, just to be insinc with the family meal.
Their mama prompted the babes for waves of hello, patty cake claps, and narrated recent events of toddler life. Both parents began a rendition of a favorite nursery rhyme pausing pointedly... knowing their twin-duo would chime in with gusto for the refrain...E,I,E,I,O-O-O! Thrilled applause all around.
The children 'converse' with daddy. It's a back and forth, sing-song, toddler babble of the highest seriousness. Dad leans in close to the camera, eye to eye with "his boys"; encouraging, responding in kind.
From the sidelines, I had not expected to be so... moved. Truly it was a precious tribute to the faith these parents had in their marriage and their family despite the challenges of long separation.


It was a mirrored reflection of our relationship with God.
Relationships often languish with absence, unless there is a commitment, a vow, a promise. Relationships often languish unless there is trust and faith in the other. Faith that promises will be honored. Faith that promises will be lived out.
In marriage there is a promise to love and honor even when we are separated by multiple longitudes and an unknown expanse of time. In marriage there is faith that our beloved will live out the vows that were made.
In marriage we emulate God’s relationship with us and His promise to us of eternal love and care.


Joining Jennifer and the February writing project on Marriage over here...

and linking with Ann and those honoring marriage here...

Your Love Reaches to the Heavens 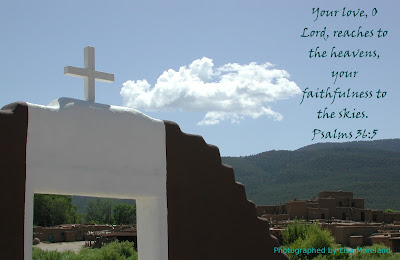 “Your love, oh Lord, reaches to the heavens,
your faithfulness to the skies.”
Psalm 36:5
I link here atSUNDAY  and Snapshot and Scripture;
joining faith filled others


who look far and wide to photograph a visual representation
of our Lord 's guiding hand.
Posted by Lisa 1 comment: